Notice: Trying to access array offset on value of type bool in /home/talene/public_html/blog/wp-content/plugins/only-tweet-like-share-and-google-1/tweet-like-plusone.php on line 258 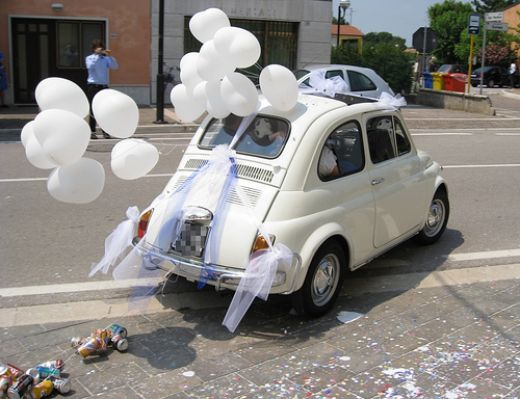 A superstition is defined as a belief or notion, not based on reason or knowledge, in or of the ominous significance of a particular thing, circumstance, occurrence, proceeding, or the like.

A tradition is defined as the handing down of statements, beliefs, legends, customs, information, etc., from generation to generation, especially by word of mouth or by practice: a story that has come down to us by popular tradition.

If we were to look at those definitions one would think that many of the wedding superstitions that we have come to know are really traditions that have been passed on through generations and have permeated today’s pop culture.

The most common wedding superstitions are passed on in an effort to ward off bad luck or evil that the couple may encounter throughout their marriage. Here are the Top 5:

1. If the Groom sees the Bride in her wedding dress the couple will have bad luck.

2. Groom carrying the Bride over the threshold of their home will protect her from evil spirits lurking below.

3. Tears from the Bride or a child during the ceremony are considered lucky.

5. Bells and cans on the married couples car after the ceremony wards off evil spirits.

Here are some others from around the world:

1. From Greece: Tucking a sugar cube in your gloves on your wedding day will sweeten your marriage.

2. From Sweden: A Bride puts a silver coin from her father and a gold coin from her mother in each shoe to ensure that the bride will never do without.

3. From Denmark: Brides and Grooms will cross-dress to confuse evil spirits.

4. From Egypt: The Bride’s family will cook for the new couple for an entire week so that the newlyweds can relax.

These are just a few superstitions that are commonly followed leading up to a wedding. What are some of ones that are common to your family or culture? Let us know either on Facebook or via Twitter.

Until next time… Happy Planning